The Australian government released the National Hydrogen Strategy (the Strategy) in November 2019 and has continued to outline its support for hydrogen through the First Low-Emissions Technology Statement, released in September 2020. The government has stated its commitment to reducing Australia’s emissions through technology investment, rather than through carbon pricing, with the Technology Investment Roadmap a core element of its long-term emissions reduction strategy. 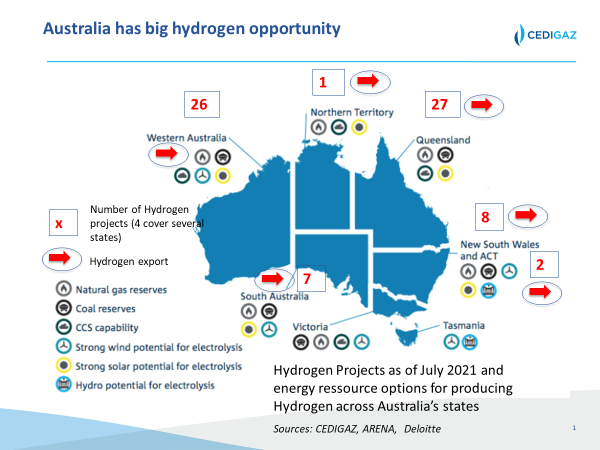 Australia is emerging as a key player in the global hydrogen supply chain, taking the lead, together with Europe, on renewable hydrogen developments around the globe.

By Sylvie Cornot-Gandolphe for CEDIGAZ