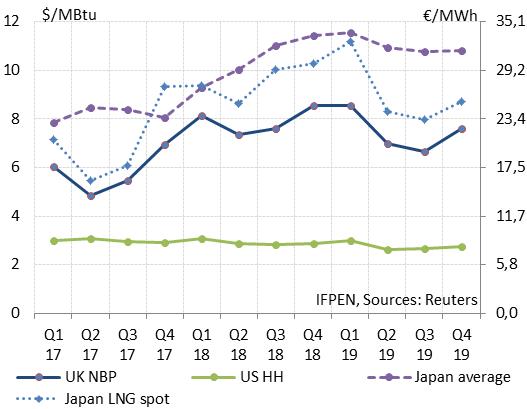 Gas prices rose in Q1, mainly owing to a harsh winter (Fig. 1). Since then, they have declined, as is usually the case in spring and summer. The gas prices in Europe and Japan should be higher this year than last year, due to the uptrend in the oil price and its impact on Asian oil-indexed contracts and winter spot prices. For this summer, the increase in the CO2 price in Europe (+110% in one year) has created a higher reference for the gas price. These trends do not pertain to the U.S. market, where the price has tended to remain stable or fall.