Monthly pipeline gas flows to Europe were surprisingly quite stable in the first half of 2020, with a minimum estimated at 20.6 bcm in May against a maximum 23.1 bcm in March. However compared to last year, pipeline imports were down by 18% in the first quarter and 20% in the second quarter. Overall, European pipeline imports stood at 130 bcm in the first semester of 2020, an estimated 30 bcm (-19%) decline compared to the same period last year. Remarkably, daily flows remained below the minimum recorded in the 2016-2019 period on almost every day of the semester. 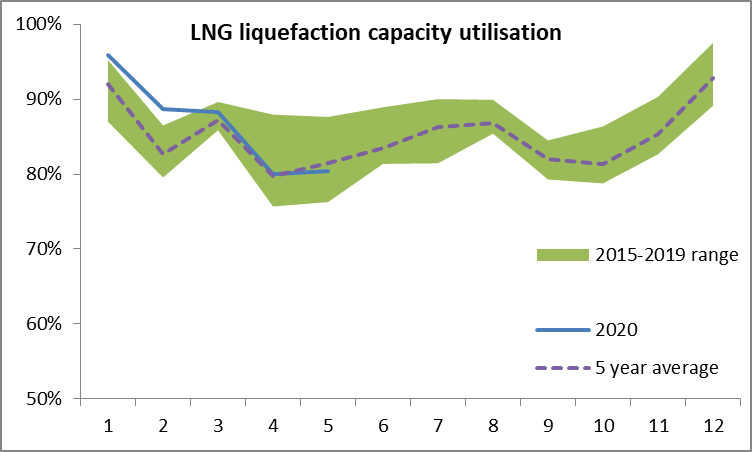 In 2019, slower economic growth, Chinese policy changes and a mild winter caused global gas demand growth to slow in a context of oversupply, resulting in a growing LNG surplus and much lower prices. The growth in natural gas demand has slowed down from 5% in 2018 to 2.3% in 2019, returning to the average annual growth rate observed since the start of the century. The main factor behind growth was the switching from coal and oil to natural gas in the power and industry sectors, which was prompted by the competitiveness of natural gas thanks to a growing abundant low-cost supply. This was notably the case in the United States, Europe and some Asian emerging countries. Thus, natural gas has remained the main beneficiary of the energy demand growth, to the detriment of coal in particular, causing its share in the energy mix to expand further.