In Asia, LNG prices are declining 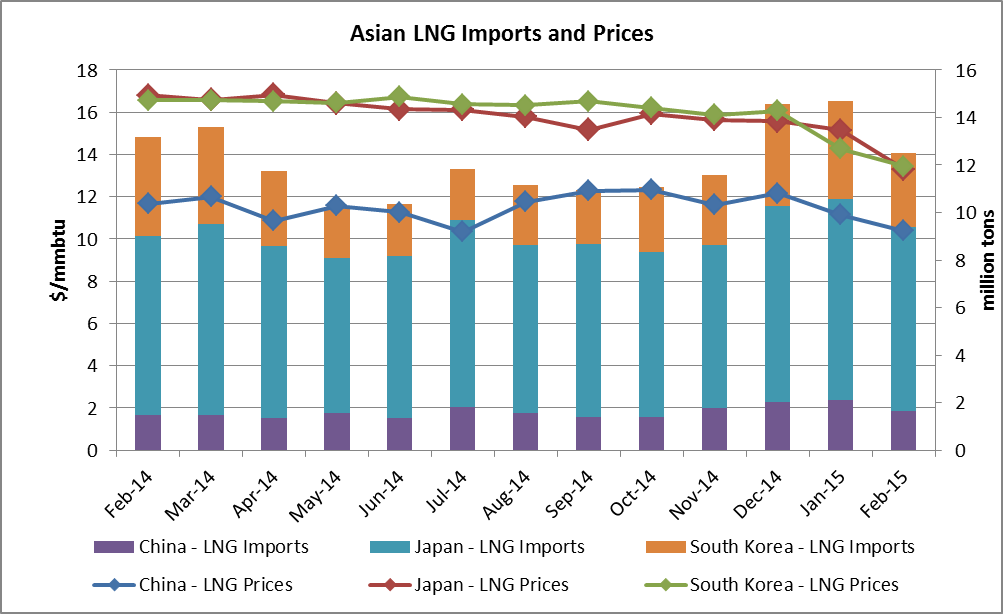 In Asia, LNG imports decreased in February, as they did last year at the same period. China, Japan and South Korea imported 12.5 million tons compared to 14.7 million tons in January 2015. February year-on-year demand in these countries fell by 5.1% overall: the drop was pulled by a 25.6% decline in South Korean imports while Chinese’s grew by 10.9% and Japanese’s by 2.9%. As a consequence of the easing on Asian markets and the fall in oil prices, import prices continued to dwindle: they reached $13.3/mmbtu in Japan (including trades below $10/mmbtu), $10.4/mmbtu in China and $13.5 in South Korea. February prices represented a 20% year-on-year drop in Japan and South Korea and a fall of 11% in China.

Imports at seasonal levels in Europe, large volumes in the United Kingdom 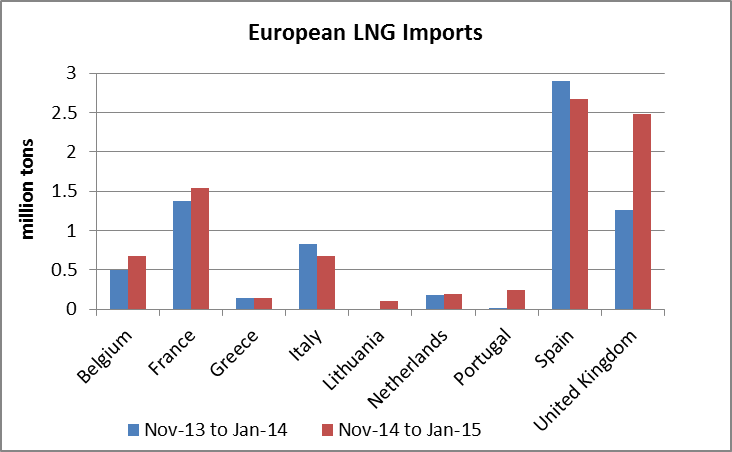 In Americas, “Business as usual“ 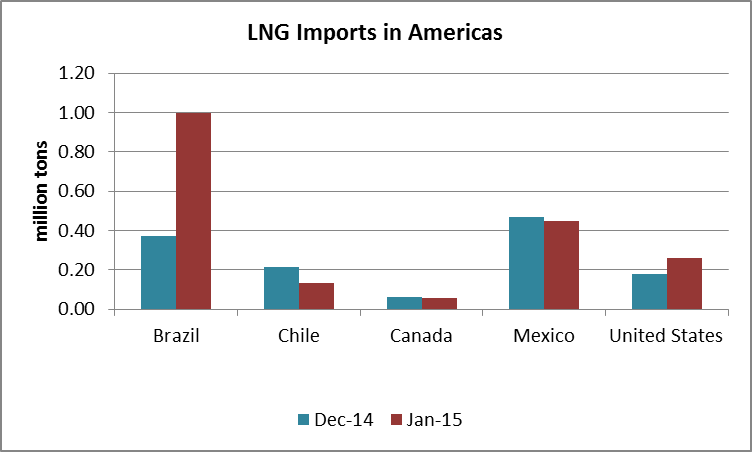 In the United States, LNG imports rose in January thanks to further deliveries from Trinidad and Tobago. The latter represented 0.21 million tons and were bought at an average price of $9.25/mmbtu. In January, only GDF Suez’s Everett terminal and Kinder Morgan’s Elba Island received shipments, while Repsol’s Canaport LNG in Canada also received a shipment from Trinidad and Tobago. As for Mexico, imports were flat at 0.45 million tons while Chile’s imports slightly decreased while Brazil’s imports increased by 0.63 million tons.