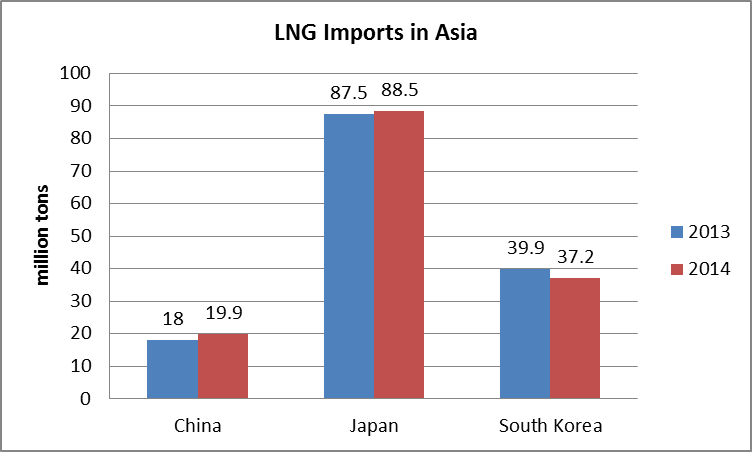 Europe (11 months): towards another year of declining LNG imports 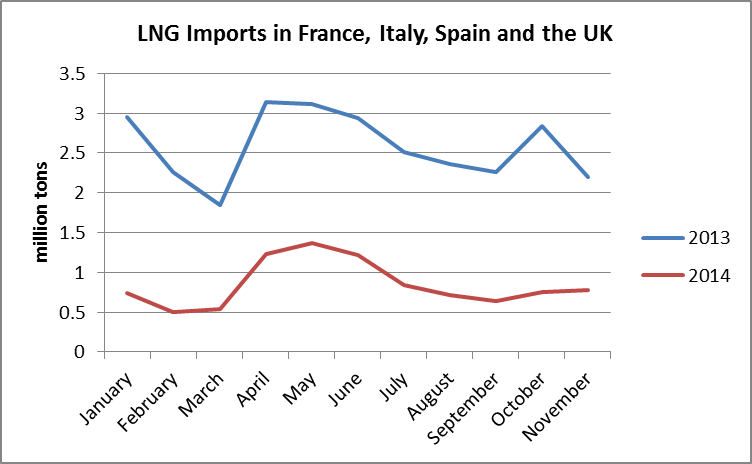 North America (11 months): LNG imports down to a trickle 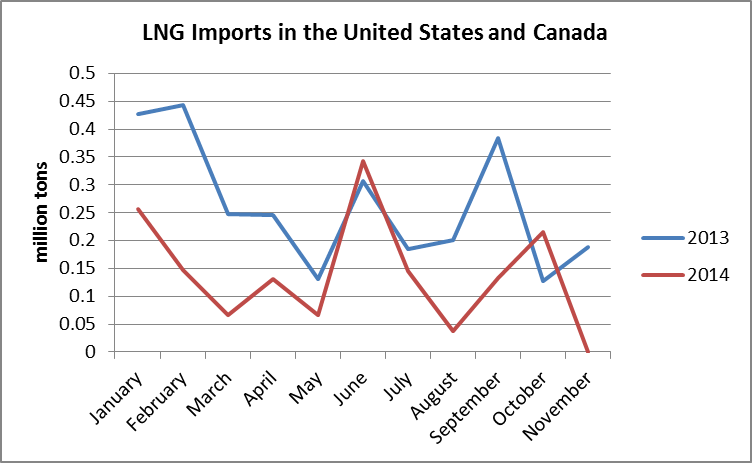 In North America, November was landmark as the United-States have not received any cargo for the first time since 1996. As increasing shale gas production is reducing the continent’s dependence on natural gas imports, Canadian and US LNG imports have reduced almost by half from 2.9 million tons in 2013 to 1.5 million tons in 2014 for the January to November period. These decreasing imports also mark the transition towards LNG exports, as the United-States is expected to send its first shipment from the Sabine Pass liquefaction plant at the end of 2015.