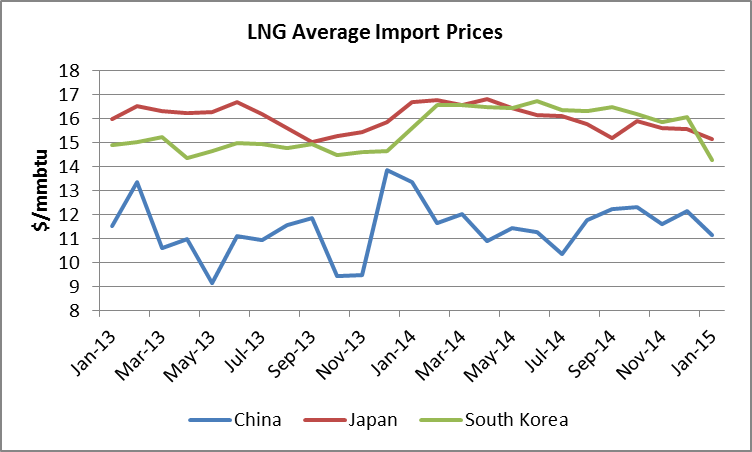 In January 2015, LNG imports in Japan, South Korea and China grew by 0.8% compared to December 2014. Imports reached 14.7 million tons which is though 3.9% lower than January 2014 levels. January showed the first impacts of decreasing oil prices on LNG prices, as oil-linked contracts usually include a six-month lag. In Japan, the average import price decreased to its lowest point since September 2013 at $15.15/mmbtu in January, while it averaged $16.14/mmbtu in 2014. South Korean price dropped sharply, from $16.07/mmbtu in December (and $16.31/mmbtu on average in 2014) to $14.27/mmbtu in January. 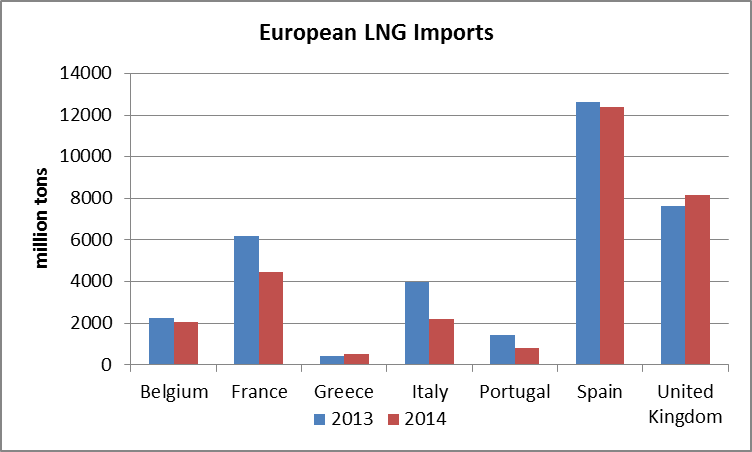 In Europe, first estimates show a drop of 12.8% in LNG gross imports in 2014 compared to 2013. In total, Spain, the United Kingdom, France, Italy, Belgium, Portugal and Greece imported 30.6 million tons in 2014 against 34.5 million tons a year before. The fall in imports affected all countries but the United Kingdom, due to persisting economic turmoil and the switch to other fuels for power generation. The 7.1% growth in UK imports was mainly driven by cargoes from Qatar (+0.66 million tons) and from Trinidad and Tobago (+0.14 million tons) which has to find new markets as North American demand declines. 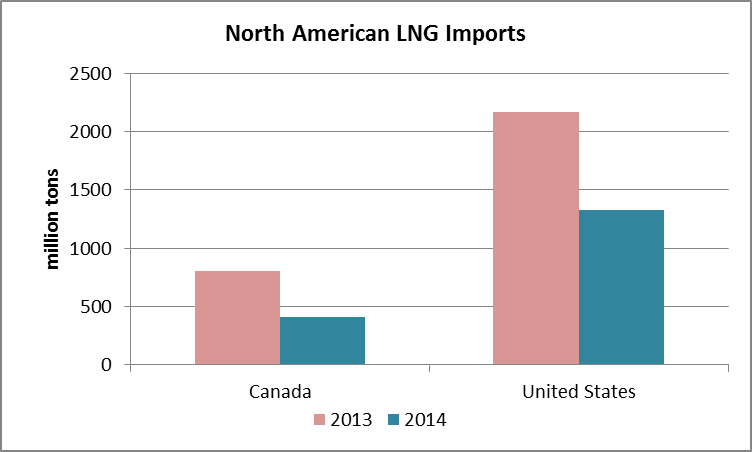 After a break in November, LNG imports resumed in the United States in December 2014. During the year, the United States imported 1.33 million tons of LNG which is 40% lower than the 2013 volumes. In Canada, the drop was even stronger as imports plummeted by 50% from 0.8 million tons in 2013 to 0.41 million tons in 2014. In 2015, this trend should continue as US terminals are being converted into liquefaction plants and as Repsol revealed its plan to do the same with its Canadian Canaport LNG terminal.