Since 2017, governments from 18 countries have adopted national hydrogen strategies for deploying clean (low and zero carbon) hydrogen energy solutions. Leading companies around the world are proactively investing in clean hydrogen and related technologies. The transition to clean hydrogen would create a significant step-change in hydrogen production technology in terms of scale and costs, making clean hydrogen solutions more attractive not only for industry, but also in all other sectors. Clean hydrogen is an emerging market. It is a key lever for achieving deep decarbonisation, specifically in hard-to-abate sectors like transport. It can tackle various critical energy challenges, including facilitating the large-scale integration of intermittent renewables, enabling grid balancing and seasonal storage. It can also help to improve air quality and strengthen energy security. Its potential is immense and future developments depend on energy and environmental policies, cost reductions and competition with other low-carbon options. 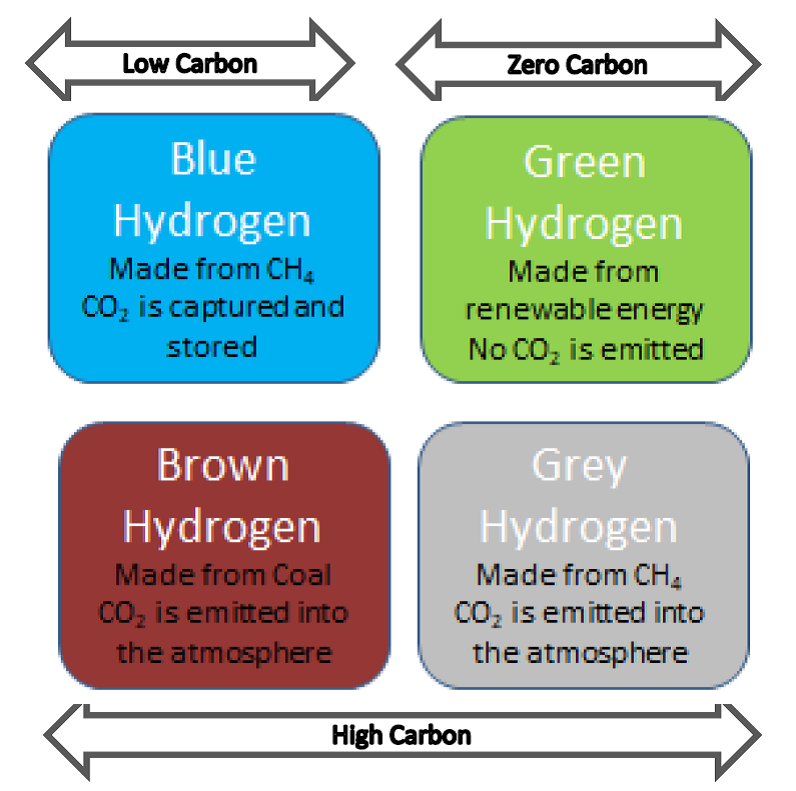 Among the numerous options for producing clean hydrogen, Cedigaz report focuses on the current two main options: steam methane reforming (SMR) of natural gas combined with CCS and water electrolysis using renewable power as an input. In addition, pyrolysis of natural gas is introduced as another route to produce clean hydrogen, although not yet commercialised. Over just the past two years, the industry, with support from national governments and regional financial institutions, has scaled up hydrogen projects’ size, which will allow for substantial cost savings. Several very large-scale projects for bulk production of blue hydrogen have been announced, most of them in Europe. Similarly, the pipeline of new green hydrogen projects is growing fast, driven by deployments in Europe, Asia and North America, and increased interest from major international stakeholders. Green hydrogen is now moving to the industrial scale with several 100-MW projects to be completed by 2025. They will demonstrate the feasibility of green hydrogen production at industrial scale and its use in multiple sectors. Larger-scale initiatives (GW) have been launched in regions with access to low-cost renewables. Due to its maturity, cost and scale advantages, blue hydrogen can kick-start the energy transition by enabling infrastructure build-out and creating a path to integrate rising green hydrogen production.

The potential and cost for producing clean hydrogen vary significantly across regions/countries. This could lead to the creation of a global clean hydrogen market, creating opportunities for countries with low-cost renewable energy sources/gas resources to create a new export market. Similar to the international gas market, a global hydrogen supply chain will likely consist of long-distance pipelines as well as maritime shipping routes. There are three main energy carriers for shipping hydrogen in liquid form internationally: liquefied hydrogen (LH2), methylcyclohexane (MCH), and ammonia (NH3). Japan’s strategy to import clean hydrogen and similar initiatives in Europe (e.g. the HYPER project) offers a taste of how the international market could potentially evolve. All projects are demonstration pilots or feasibility studies that aim to solve technical issues to ensure cost-efficient and safe shipping of hydrogen.

The report includes national-detailed lists of both hydrogen-related CCS projects and Power-to-X projects in the world. 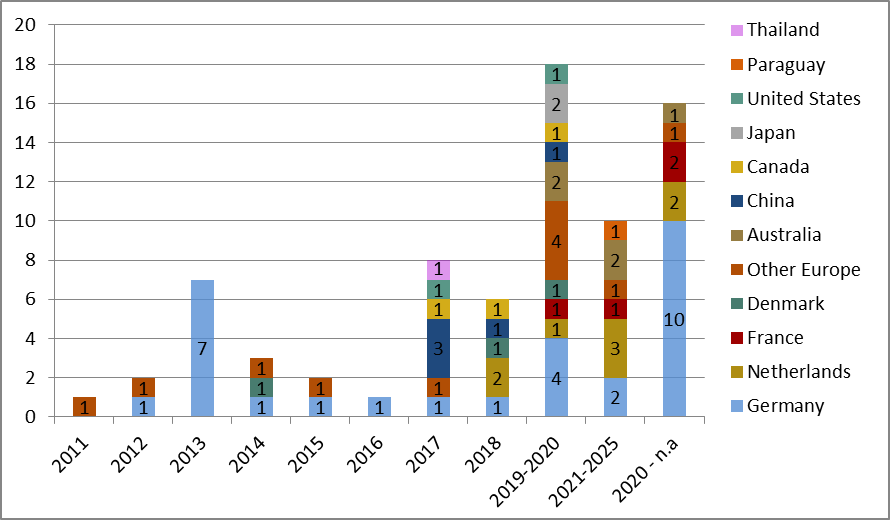