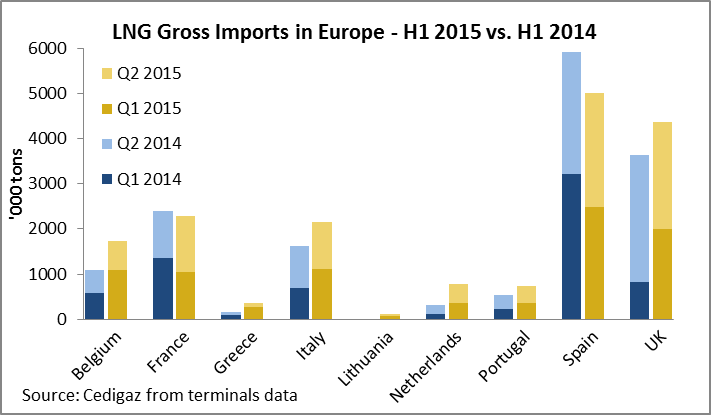 Most of the growth occurred in the first quarter of the year, though. In Q1, gross imports grew by 23.6% year on year while in Q2 they only increased by 2.1%. In the United Kingdom, LNG imports even declined in Q2 from 2.82 million tons in 2014 to 2.38 million tons in 2015. Thus, one can expect an overall growth of LNG imports in Europe in 2015, but it may not be as impressive as initially suggested by Q1 data. 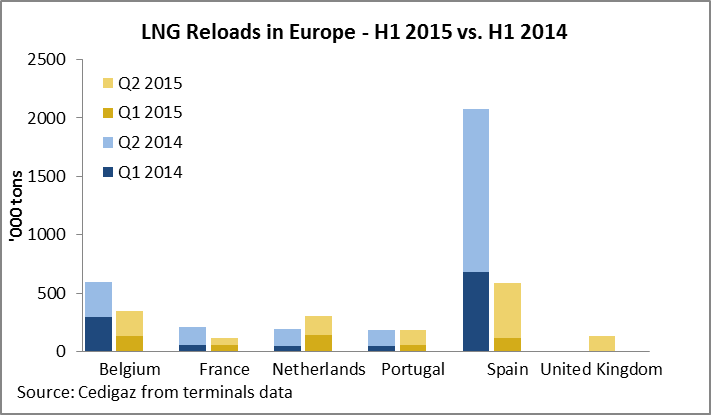 Unlike the growth of LNG imports which significantly slowed down in Q2 2015, the decrease in LNG reloads was steady during the first six months of the year. In Q1 2015, the reloading activity declined by 55.1% and in Q2 2015, it decreased by 45.3% year on year. 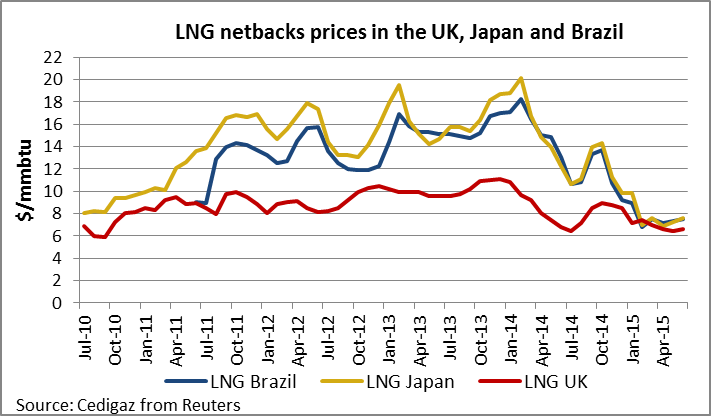 Such a drop in European reloads can be explained by the convergence of international LNG prices and the decrease of the Asian premium, which commonly refers to the positive price differential between European and Asian prices. While it averaged $7.4/mmbtu in H1 2014, it continuously fell since then and was down to $0.77/mmbtu in H1 2015. Considering that reload costs are between $0.3/mmbtu to $1/mmbtu in Europe and that a shipment from Europe to Asia costs about $0.9/mmbtu at H1 charter and fuel costs, the reloading business appears to be unattractive. Similarly, Latin American prices converged to European prices and the number of reloaded cargoes received by Argentina and Brazil in the first six months of the year fell from 17 to 11 according to shipping data.

Disclaimer: in this post, the analysis is based on terminals and shipping data. Figures may defer from previous analysis based on customs data. Europe refers to EU countries and does not include Turkey.