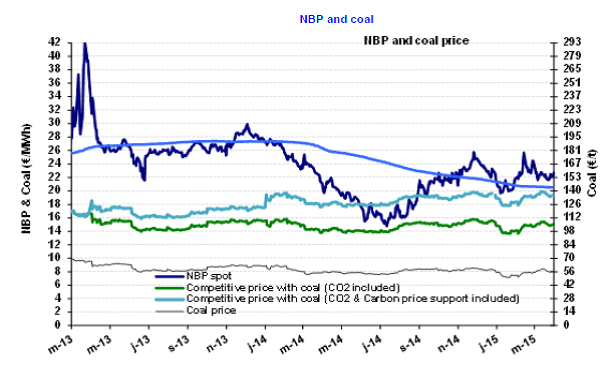 The NBP price averaged €22.3 /MWh ($7.1/MBtu) in March, down 4.5% over February. The average for winter 2014-15 was roughly the same (€22.5/MWh), lower by 16% than that of the previous winter. So concerns over supply (Russia versus Ukraine, uncertainty over Groningue, the storage capacity at Rought) have not had a structural effect on prices.

In upcoming months, the market is anticipating an average price of €21.5/MWh ($6.7/MBtu) for next summer and €24/MWh ($7.6/MBtu) for next winter. Based on the current forecasts, these levels are moving towards convergence with the prices of oil-indexed contracts. If the trend persists and convergence occurs, this would represent a break with the situation observed since 2009. Between 2009 and 2014, the indexed prices served as a ceiling for the NBP, whose prices were systematically lower.

One should point out that the carbon tax in the United Kingdom will double on April 1st to reach £18.08/tCO2 or €24.9/tCO2. This increase represents an additional cost of €4/MWh for gas-fired power plants and €11/MWh for coal-fired plants. This will significantly affect coal’s competitiveness, which could boost natural gas consumption and exert upward pressure on the NBP price. 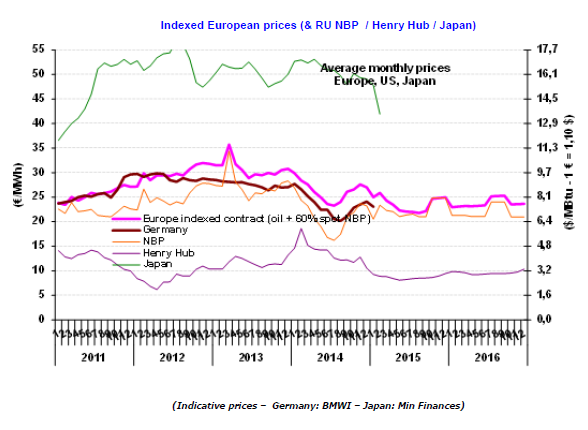 The oil price trend remains subject to uncertainty, given the geopolitical situation (Yemen) and the effects of future negotiations with Iran to finalize in June the framework agreement. 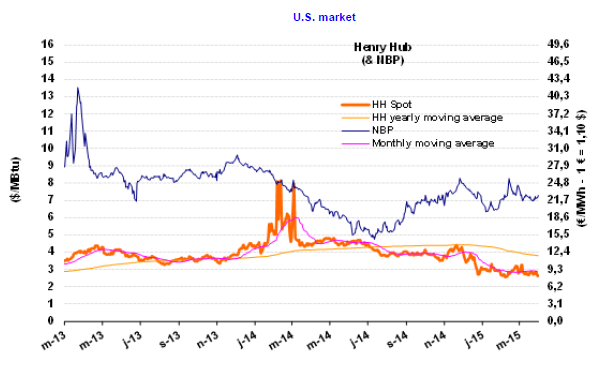