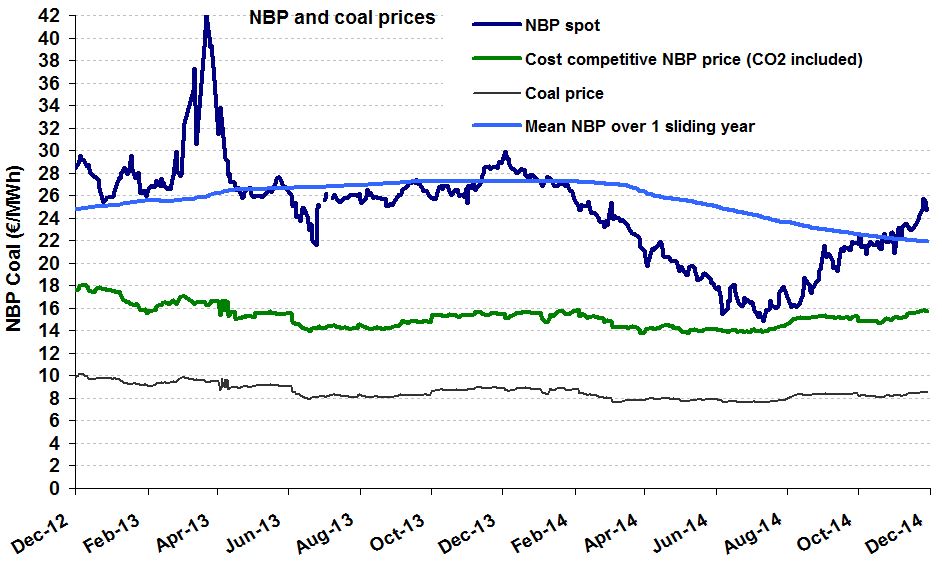 The NBP price stood at €23.7/MWh ($8.7/MBtu) in November, an increase of 8.7% in one month. This level is nearly 15% lower than that of November 2013. The uptrend has been favored by a seasonal increase in demand (even if only relative) and the decreases in Norwegian deliveries (incident at the Troll gas field).

The WSI’s new seasonal forecast for January and February temperatures slightly below normal has helped support the near curve. However, this boost will be moderated by positive signals relative to this winter’s gas supply: 1) the level of European storage is 5Gm3 higher than in 2013, despite an increase in withdrawals in November and 2) LNG deliveries to Europe are expected to rise in the weeks to come, due to the low demand and falling quotations for spot cargoes in Asia (the JMK price stood at $10/MBtu at the end of November). 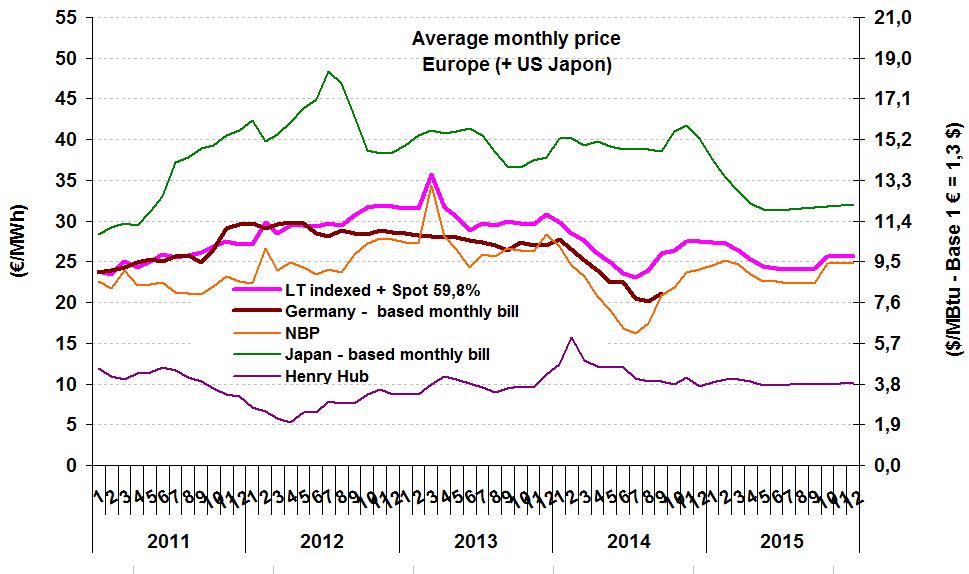 The Brent price kept falling in November, averaging $79.5/b for the month (-$8.4/b compared to October). If this downtrend in crude oil prices continues (the markets are anticipating $74/b for 2015), it would exert downward pressure on the “LT 60%” contracts for 2015 (€25.5/MWh, €-1.1/MWh compared to the October estimates) and thus narrow the gap with market prices (€23.7/MWh anticipated for 2015). The drop in crude prices on international markets has also directly impacted the prices of LT LNG contracts in Asia (100 % linked to oil) which, if market expectations are confirmed, could reach $12/MBtu or €32.6/MWh. 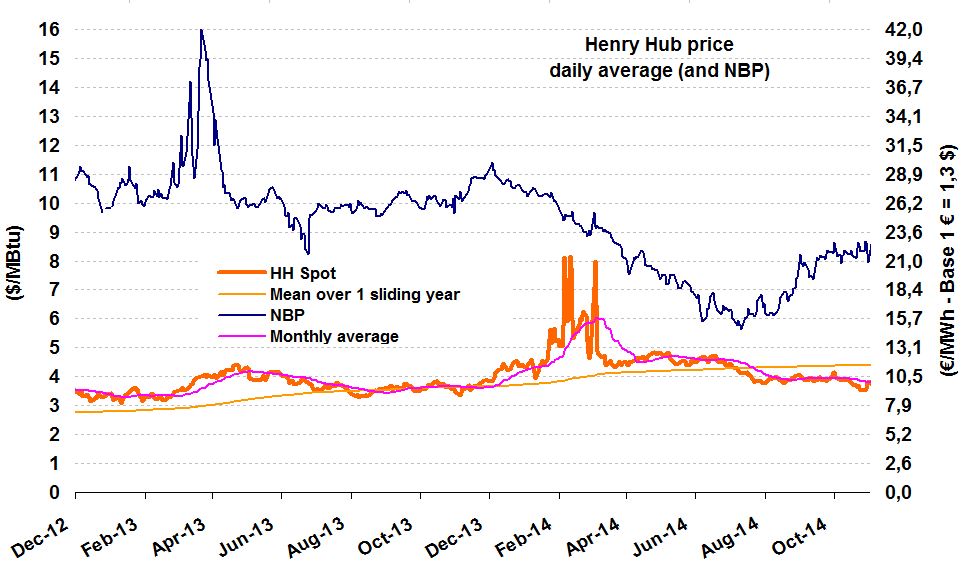 The HH price rose by 9% in November, averaging $4.1/MBtu. Temperatures dropped to lower-than-normal seasonal levels in the northern U.S. early in the month, then in the rest of the country. This supported demand, hence prices. Gas storage withdrawals hit high levels in November. By the third week of the month, they stood at 4.6 Gm3/week, equivalent to those observed in January. By the end of November, the storage level, already low in early winter, was at 96.5 Gm3, about 10% below the average level for the last five years on the same date.