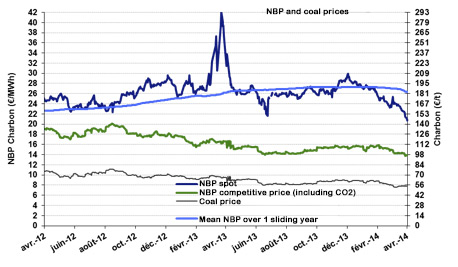 Conversely, the dispute between Ukraine and Russia is one of the factors which may potentially push prices up. One of the consequences of this dispute has been the withdrawal of the rebates that had been granted to the

US market (Henry Hub): the fall in prices continues 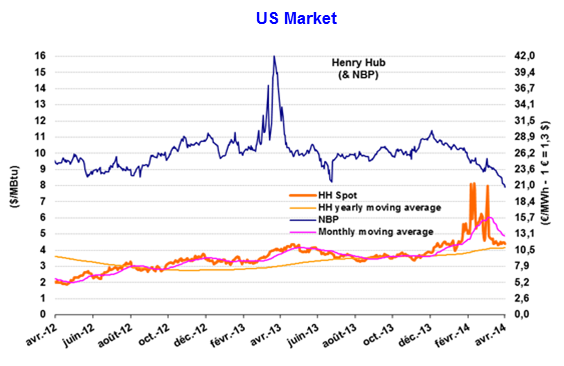 The average price stood at US$4.9/MBtu in March, having fallen from nearly US$8 at the start of the month. The general trend is, however, downwards, with prices of US$4.3 expected for this summer. Stocks, which currently stand at around 25 Gm3, are 20 to 40 Gm3 lower than the average minimum/maximum over 5 years. But circumstances appear favourable for building them up to the 110 Gm3 that we usually have at the start of the winter. Indeed, the most recent statistics from the Department of Energy report a new increase in shale gas production. Production stood at 28.4 Gm3 for the month of February – 5 Gm3 more in a year (an increase of 34 Gm3 to 324 Gm3 over a sliding year).