Japan’s energy policy is undergoing fundamental changes. The accident at TEPCO’s Fukushima Daiichi nuclear power plant questions the future contribution of nuclear power in the national energy mix. Growing imports of fossil fuels to replace the lost nuclear capacity inflated energy prices and raise economic and energy security challenges. At the same time, the US shale gas and oil revolution is reshaping the global energy scene. Japan expects to take advantage of the trend to eliminate the “Asian premium” on natural gas prices and expand cheaper natural gas consumption. These developments have driven the Government of Japan to review its energy policy from scratch and adopt a new Strategic Energy Plan. This new policy has far reaching implications for gas and coal development in Japan but also for the international markets as Japan is the world’s largest LNG importer and the second largest coal importer.

Working in alignment with other policy strands and supporting industrial, economic and environmental goals of Abenomics. It affects the structure of the economy as a whole, not only the energy sector. Despite theconfirmation of nuclear power as an important base-load power source, on the major premise of ensuring its safety, the pace and scale of nuclear reactors restart is still uncertain. While utilities have applied to restart 20 nuclear reactors, only two have cleared the approval process in September 2014 but they still have to get local approval and clear other safety tests before restarting. The energy situation in Japan and Asia has pushed the Government to re-evaluate the role of coal in the power mix. The Government promotes the building of advanced high-efficient coal power plants in Japan, and abroad, as a pillar of its export policy. 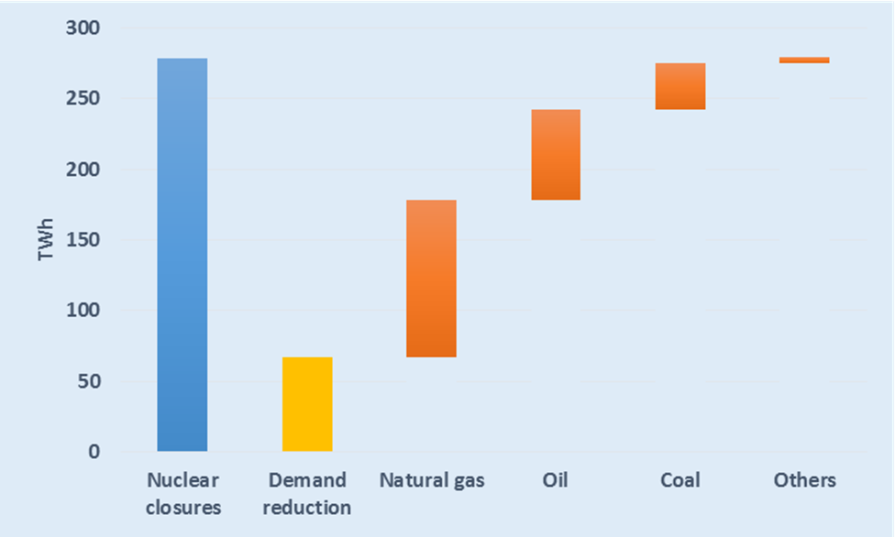 Japan is rapidly advancing its strategy to lower LNG procurement costs and move away from oil-indexation.

Since the Fukushima accident, the soaring price of LNG has significantly inflated LNG procurement costs, which rose again substantially in 2013 with the devaluation of the yen. Due to the heavy burden for the Japanese economy, citizens and businesses, the ­Government has developed a wide strategy to reduce its LNG procurement costs, which encompasses the full LNG value chain. Key steps in this direction were taken recently, such as the USD 10 billion loan to finance the US Cameron LNG project, the alliance between TEPCO and Chubu Electric or between Tokyo Gas and South Korea’s KOGAS and the launch of the first trading platform for LNG derivatives. 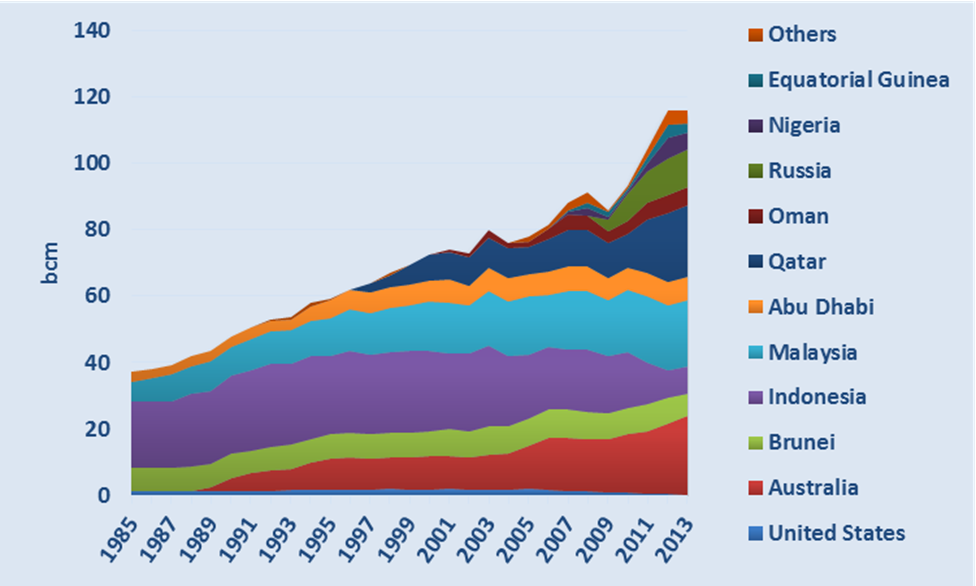 A wave of thermal power investment amid power market liberalization.

The prolonged shutdown of Japan’s nuclear power plants and a rising prospect that several units may not come back online have prompted utilities to invest in new thermal capacities. This trend is reinforced by the need to replace aging fleet. Electricity market reforms are also a strong incentive to expand capacity. Several power plants are built by companies looking to enter market competition, mostly around the highly coveted Great Tokyo metropolitan area. More than 40 GW of new gas and coal power capacity is at various stages of development. Most of the thermal plants built before 2019 are gas-fired power plants. However, as Japan tries to reduce its energy bill, coal has become a new competitor for gas in the power sector as its import price is five times less than LNG on a Btu basis. Efforts to reduce LNG supply costs will be a key determining factor in this new competition. The success of renewable feed-in tariffs and the outcome of the climate discussions next year in Paris will also play a key decisive role.