The biggest story of the gas markets in 2017 was the huge growth in Chinese demand (+ 15%; + 30 bcm). This achievement mainly resulted from the ongoing intensification of environmental policy, enhancing coal-to-gas switching. The Middle East and Africa both also posted strong increases, at 4.8% and 6.7% respectively, aided by improving infrastructure, incremental CCGT generating capacity and availability of gas (Iran, Egypt…). In Europe (Turkey included), natural gas consumption was up 4.8%, helped by both the competitiveness of gas relative to coal and the weakness in nuclear and hydro energy. In the CIS, natural gas consumption returned to growth in Russia, driven by heating and the resumption of industrial activity. In the opposite direction, consumption was sluggish in North America (United States) and South & Central America. In the United States, gas consumption posted an unusual drop in 2017 (- 1.4%), following seven years of strong growth, amid higher natural gas prices. Natural gas consumption in the power sector fell by more than 7% as the strong expansion of renewables affected gas position in the power merit order. 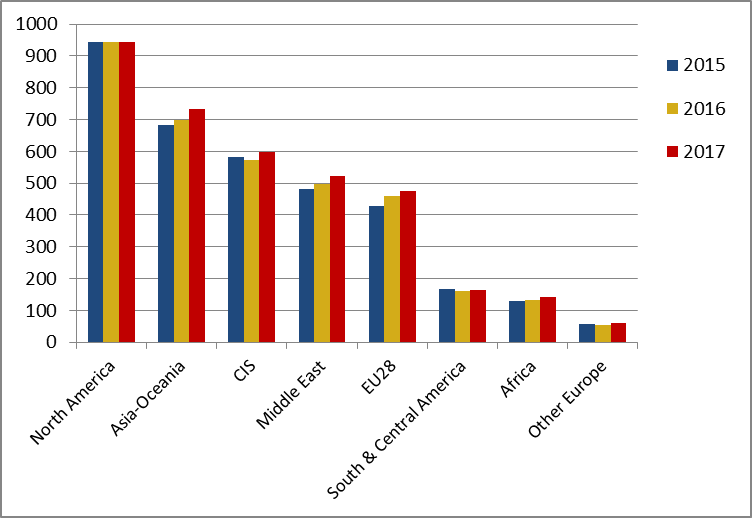 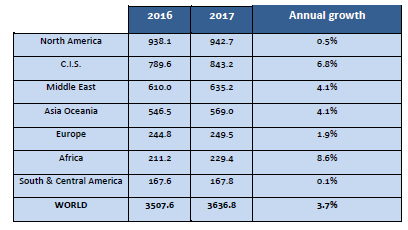 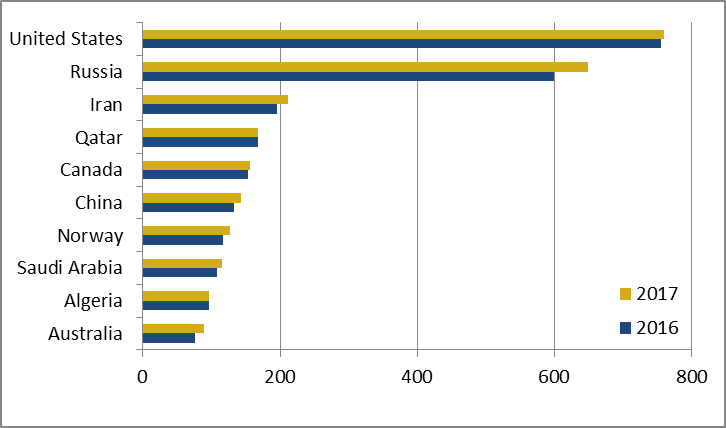 In 2017, international gas trade (net of LNG re-exports) pursued its acceleration, surging 9.1% to reach a new record of 1204 bcm, a reflection of growing import needs in Europe (+ 12%) and Asia (+ 10%). This result represents the strongest volumetric growth in history. Like the two previous years, the buoyant expansion of international natural gas trade was propelled by both pipeline trade (+ 8.5%) and LNG flows (+ 10.5%).

International pipeline trade expanded by 8.5% to reach a volume of 822 bcm in 2017. The international pipeline trade was mainly driven by Europe’s growing import needs, as regional production lagged behind growing demand. Most of the increase in European gas imports was covered by pipeline gas imports from Russia (+ 11%) and Norway (+ 11%), which reached new highs in 2017. Since 2014, Russia has significantly increased its exports to Europe, and its European market share continued to rise, reaching 33% in 2017. Despite a strong growth of 17% in 2017, European net LNG imports remained much below their peak in 2010, as they have been displaced by available competitive pipeline gas supplies.

2017 was the second year of the growth spurt in LNG, with global supply accelerating by 10.5% to 382 bcm, the strongest growth in LNG supply since 2010. As Australian LNG production ramped up, the expansion wave of LNG supply was further boosted by the United States. While the Pacific basin remained the largest source of LNG supplies, further widening the gap with the Middle East, the Atlantic basin increased its market share on the global LNG market. But in contrast with market expectations of a supply glut starting in 2017, the year turned out to be a relatively balanced year for the LNG market. Rising demand in Asia (China) and, to a lesser extent, Southern Europe, absorbed much of the incremental supply.

As LNG supply surged, and with the advent of an increasing number of spot trades, the gas market became more global. Balance conditions in the global gas market increasingly influences international natural gas prices as the proportion of purchases billed at the spot price rises. 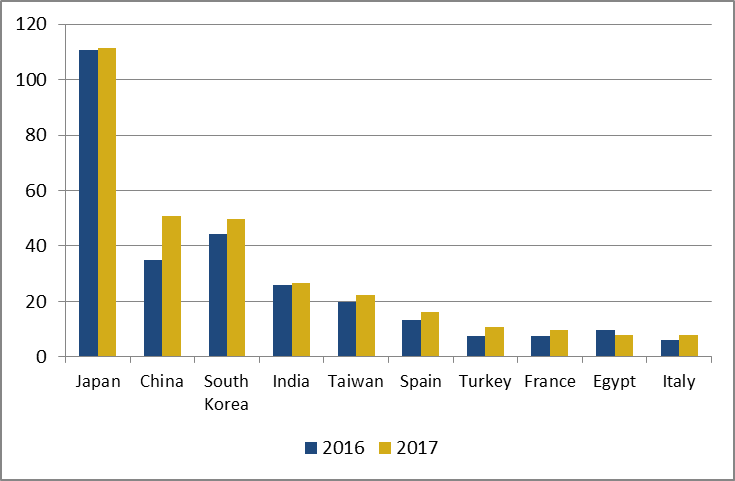 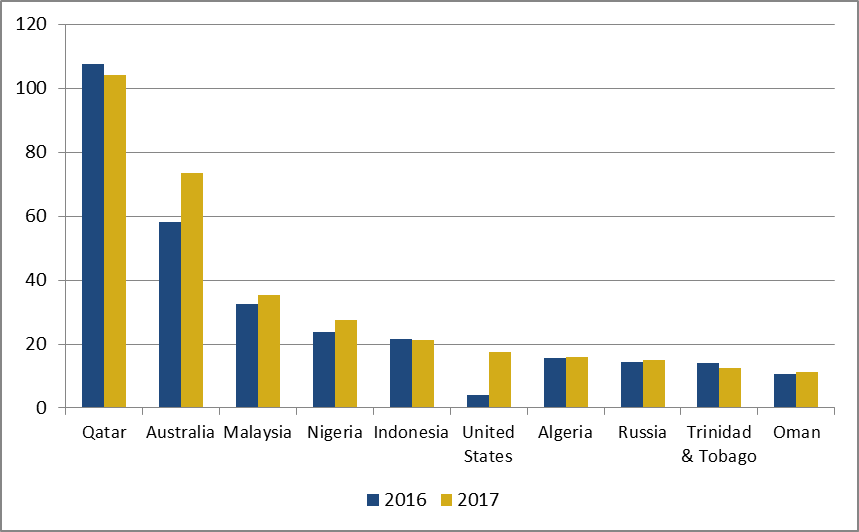 At the national level, the US has become a net natural gas exporter for the first time since 1957. On the import side, China overtook the United States to become the world’s third largest natural gas importer after Germany and Japan. At the regional level, Europe and Asia consolidated their standings as the largest importing regions, while North America shifted from a net importer to a net exporter. 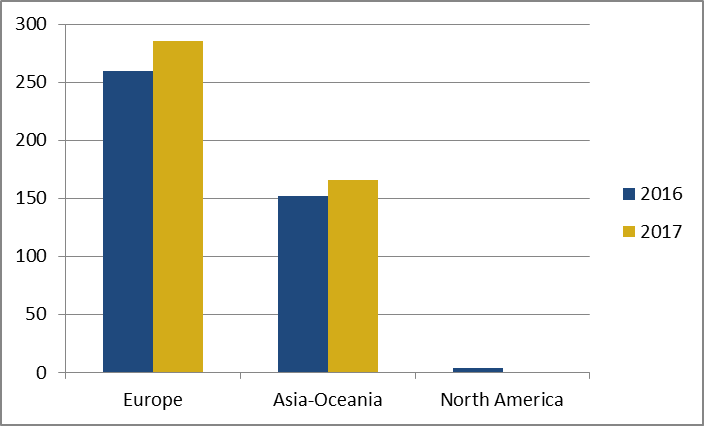 The global natural gas demand above average growth reshaped market fundamentals. It prevented the development of a global natural gas bubble, which was previously expected but actually proved to be unfunded for 2017. It contributed to higher international natural gas prices, which were also pressured by rising oil and coal prices. Forecasts for relatively sustained demand and solid economic growth explain the pressures expected on oil and gas prices in 2018. Further increase in gas prices in 2018 is also partly explained by the especially cold winter at the beginning of the year 2018.