The two main producers (Russia and Norway), by flexing their own supply, have made Shah Deniz gas attractive both for European buyers (diversification of supply) and sellers (reduced risk of tough price competition). But with prices now down by 40%, Shah Deniz looks less attractive…

And what we saw with Woodside in May, electing to terminate the memorandum of understanding on the Leviathan project, offshore Israel, where profitability on selling LNG into Europe was challenged by higher costs/taxes and lower European prices could now happen in other parts of the world.

Lower European prices could make US LNG only profitable for the Asia market. We believe that the cost of US LNG to berth in Europe is going to be 6 $/Mbtu, on top of the US Henry Hub (HH) price. Hence the broad metric should be to compare NBP and HH+6 (both in $/Mbtu). 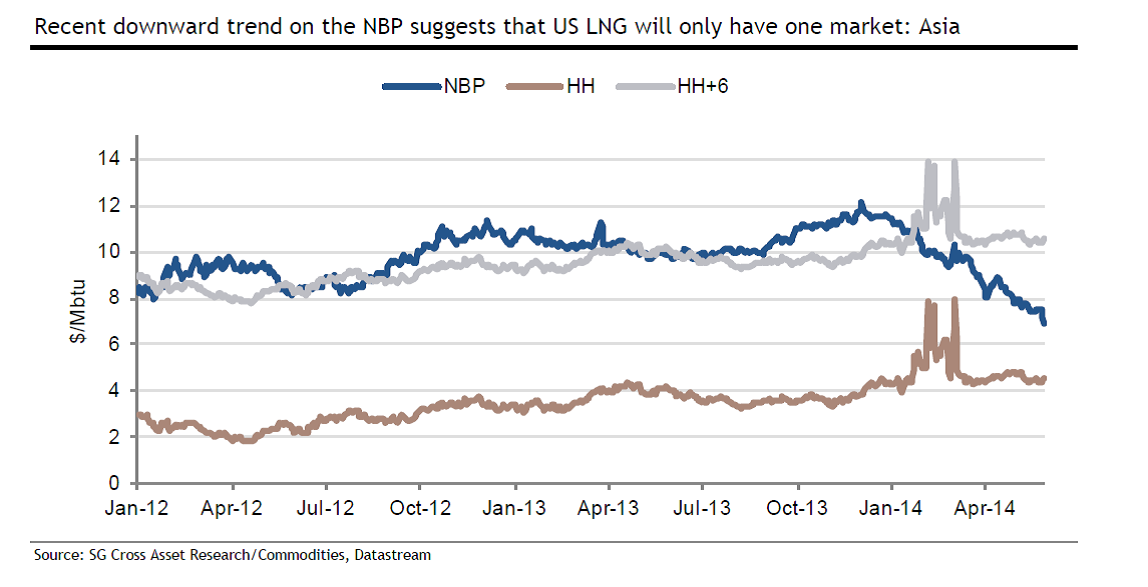 This means that the optionality embedded in US LNG to serve both Europe and Asia could prove to be wrong. This price decline in Europe could make reaching an FID in US LNG more difficult than consensus thinks.

In this no-demand-growth world, Gazprom’s strategy to reduce its prices to delay alternative supply after 2020e makes perfect sense.

Author of the book “After the US shale gas revolution”, Editions Technip