After a period of extensive growth in the 2000s, the Russian gas industry is now facing numerous challenges. Mounting competition by independent producers and the development of new production by Gazprom, combined with stagnating domestic demand and weakening export markets, have created a situation of overproduction, made worse by western sanctions and low oil and gas prices. Expansion to the East thanks to the recent China deal is not expected to provide much relief before 2024. The coming decade will be critical for the industry and its outcome will largely depend on the government’s pricing and institutional policies but the role of the state should remain essential.

The New CEDIGAZ report “Russian Gas Market: Entering New Era” by Tatiana Mitrova (Russian Academy of Sciences) and Gergely Molnar analyses the ongoing changes in the Russian industry and the challenges to be met.

Caught in the perfect storm 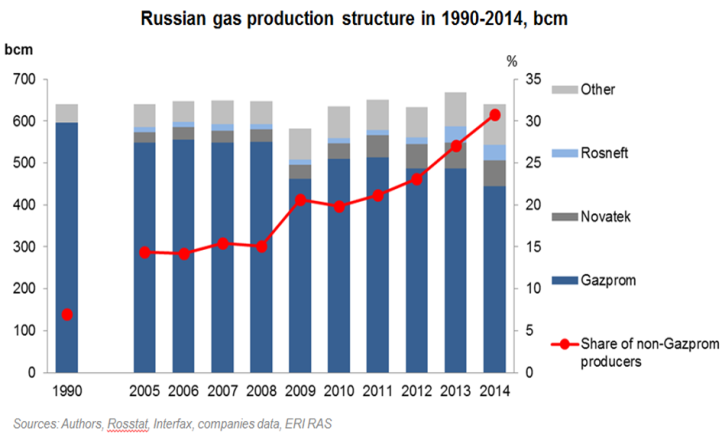 Increased competition and demand stagnation has led to an oversupplied domestic market, while frozen regulated prices, rising non-payment and rouble depreciation have further undermined its attractiveness. Impaired by legal obligation to sell at the regulated price, Gazprom cannot compete on fair terms and has lost sizeable market shares along with its most profitable industrial customers. With weak demand in Europe and the CIS, coupled to the drive towards reducing dependence on Russia, the traditional export markets provide little relief and the recently signed deal with China is only a medium-term prospect. Low oil and gas prices and western sanctions add to the gloom and do not favor investment. 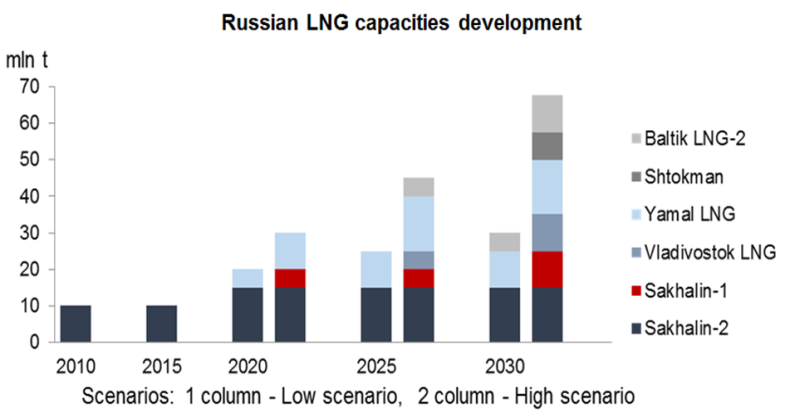 Russian gas reserves and resources are huge but production will have to move from the current highly productive but maturing fields to new production coming from Yamal, Eastern Siberia/Yakutia and the Far East. In absence of resource constraints, new production will be demand driven. This creates a lot of uncertainty, especially on Gazprom’s side because of the difficulties created by the growing share of independent producers. The transportation network will need huge investment with the development of the “Turkish Stream” and “Power of Siberia”. LNG projects are likely to face significant delays, due to high costs, geopolitics and financial sanctions, but could eventually develop on a significant scale in the next decade.

After years of strong growth, domestic demand of natural gas as all but stalled. With the fall of the rouble and the freezing of domestic prices, the economic crisis may paradoxically lead to some increase in domestic consumption by stimulating the Russian industry and slowing down investments in energy efficiency. But this growth will be insufficient to absorb that of production.

European demand outlook is highly uncertain but developments in recent years are not conducive to much optimism, with dwindling demand, political tensions and the will to reduce dependence on Russian gas. However, long-term contracts offer a certain guarantee and plummeting European production will require a significant growth of imports which will help maintain Gazprom’s position. Nevertheless, a significant increase of Russian exports to Europe is unlikely. The situation is worse in the CIS where exports have been divided by two since their peak in 2006 and where no recovery is expected.

the long road to asia 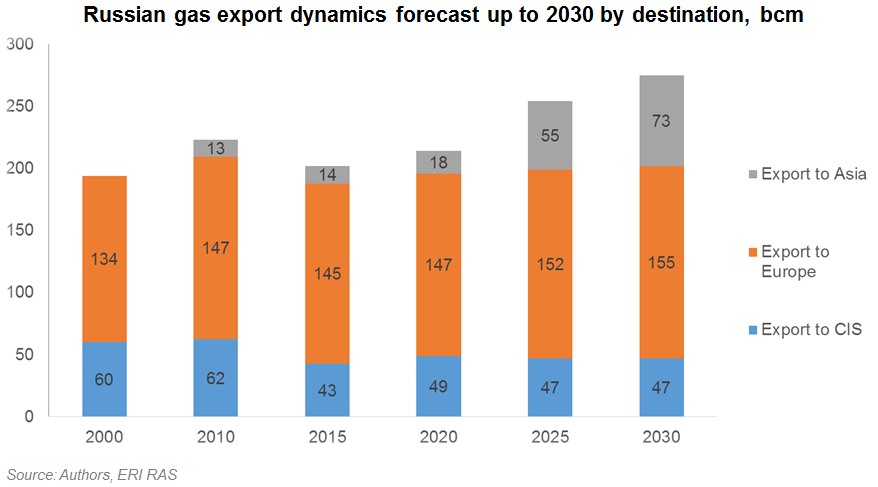 Both for economic and political reasons Asia is becoming the main focus of the Russian gas export strategy. But the role of the Asia-Pacific market in the medium term will remain low until new pipeline supplies to China start at full scale. Russia is eyeing multiple options for gas exports via LNG and pipelines and total Eastern exports could reach 55-85 bcm/yr. by 2025, depending on the success of the Altai pipeline negotiations and success in cooperation with the foreign partners in the joint LNG projects.

Overall Russian gas export volume estimations for 2030 should be reviewed significantly downward (from 400 bcm/yr. to 275 bcm/yr.), but they will still remain the highest in the world.

The coming decade will be critical for the shaping of the industry. Despite profound changes both on the domestic and foreign gas markets in the recent years and numerous tensions between the major stakeholders, the Russian gas industry has shown remarkable resistance to any deep structural reform. Any further development of the Russian gas market’s institutional framework is likely to be gradual and entail legal fixation of the currently remaining “grey zones”. We do not expect any radical market liberalization and the industry will likely remain under close state monitoring.