CEDIGAZ, the International Center for Natural Gas Information, has released today the updated version of its Worlwide Underground Gas Storage (UGS) database. According to Cedigaz, worldwide working gas capacity stood at 399 bcm at January 1, 2014, a 5% growth over the previous year. Salt caverns represented 8% of working gas capacities worldwide and 26% of daily withdrawal capacity, they were the fastest growing segment of the market, with a 10% growth rate in 2013 and a 33% share of the planned projects backlog in terms of capacity. In difficult times for storage operators, European capacities grew by almost 3% (+13% for salt caverns).

Working gas capacity grew in 2013 in all UGS markets. The growth was particularly strong in the Middle East (+375%) thanks to the commissioning of the Shourijeh storage in Iran (the only country with Underground Gas Storage in the Middle East), raising Iranian capacity to slightly more than 6 bcm. In Asia, capacity grew by 15%, due to new facilities coming online in China. In the more mature markets of North America, Europe and the CIS, capacities grew by 3 to 4%. In those markets, growth was stimulated by fast cycle storage with salt cavern capacities growing by 17% in the CIS, 13% in Europe and 7% in North America. 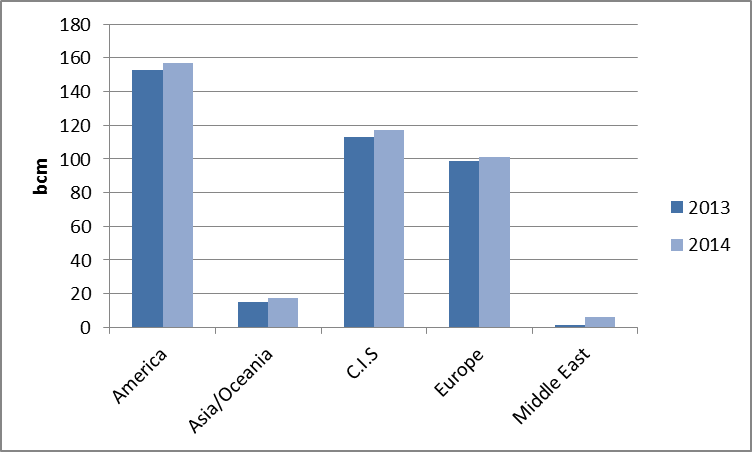 The growth trend will continue in the coming years

New facilities being built and on-going expansion at existing facilities add up to 44 bcm, 50% of which are located in Europe. In addition, CEDIGAZ has identified 94 bcm of projects at different stages of planning, including 55 bcm in Europe. Relative to their share in existing facilities (8% of working gas capacities), salt caverns are overrepresented in new projects (33% of potential new capacities), illustrating the growing need for short-term flexibility. 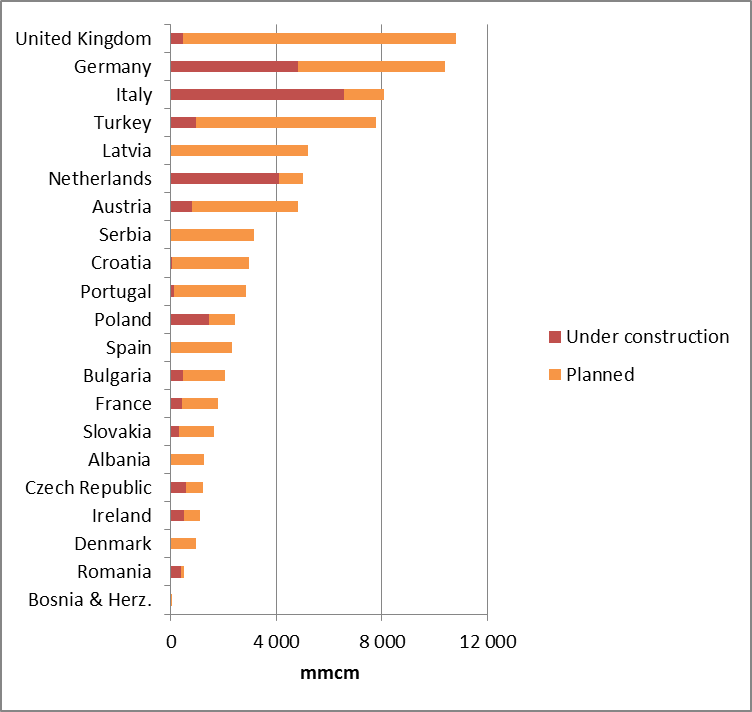