Follow @Cedigaz_SGHome » Blog » Will Gas Be the Game-Changer for Oman’s Transition to a Brand New Era?

The latest report from CEDIGAZ delves into Oman’s gas and LNG success story since the late 2010s. The sultanate’s gas revival since the start-up of the Khazzan tight gas and condensate field in late 2017, combined with renewed exploration momentum on the upstream front, has opened up new possibilities for its domestic gas market and its role as one of the longest-established LNG exporters in the Gulf region and in the world.

The report examines the opportunities and the risks linked to its gas and wider energy fundamentals, be it in terms of supply and demand, policy, upstream & LNG strategy and interplay with other fuels.

Increased domestic production, combined with improved gas demand management especially in its power sector, has allowed the country to change its supply and demand balance at home and revive its LNG business, while a few years ago, Oman had contemplated mothballing some its existing liquefaction capacity. 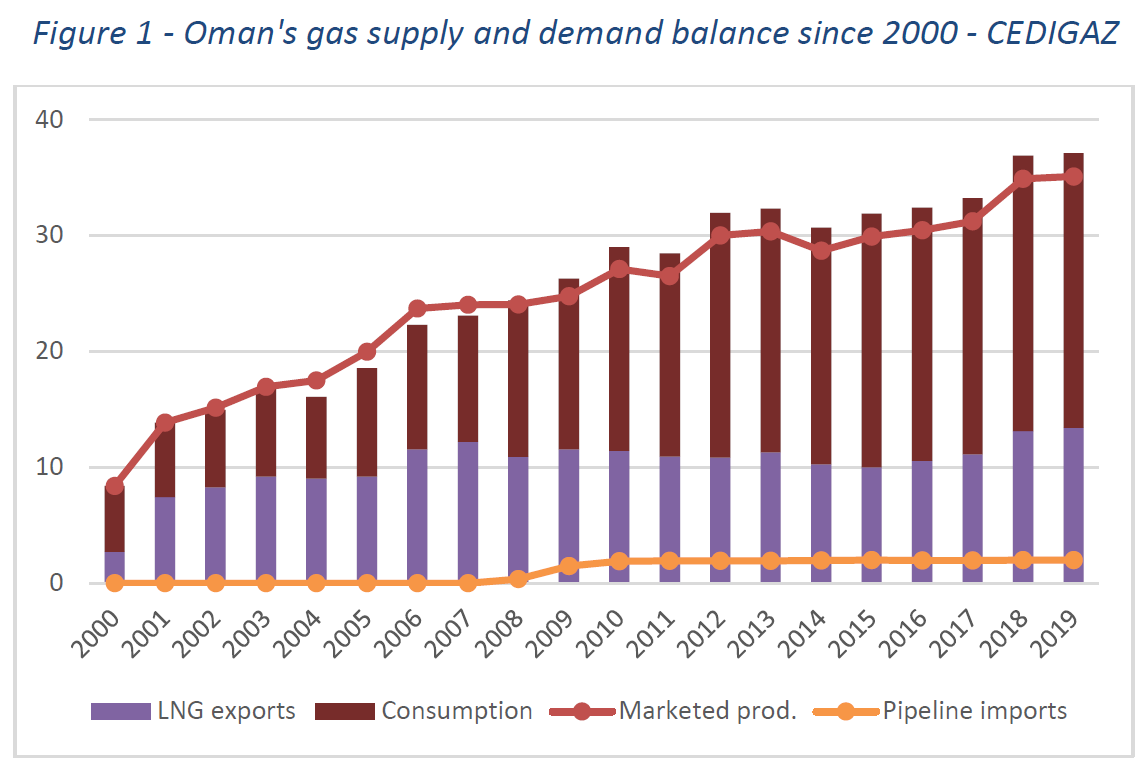 Today, gas remains at the heart of Oman’s strategy to fuel grand plans for economic diversification away from high reliance on oil income, amid high costs of enhanced oil recovery technologies at ageing fields. The implications are far-reaching as new downstream and industrial investments are designed to boost in-country value, reduce one of the highest unemployment rates in the Gulf and address deeply entrenched socio-economic vulnerabilities displayed by dramatic protests during the 2011 Arab Spring.

But rapid changes on global oil and gas markets since the coronavirus pandemic, combined with budgetary constraints caused by lower oil prices, mean Oman is having to prove more agile in shaping a gas policy that fits in and supports ongoing efforts to address economic, political and even geopolitical challenges.

In the context of the growing energy transition agenda, Oman has also been pushing to boost its renewables energy capacity and is already positioning itself to become a hydrogen producer and exporter. This coincides with the upcoming expiry of some of its oil-indexed long-term supply LNG contracts which marks the end of an era for Oman as an LNG exporter. 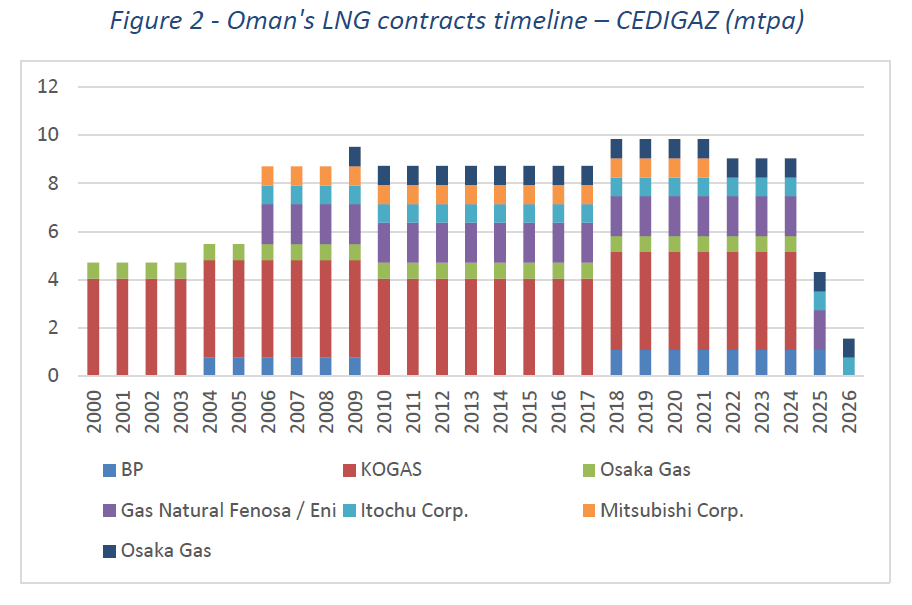 Most importantly, this calls for increased commercial flexibility to sustain LNG export revenues considering the cost of developing non-associated gas reserves and limited gas price incentives on the domestic market. In this regard, Oman has yet to create fresh policy signals at home in order to boost gas investments that shape a solid gas value chain and allow authorities to make the most of a window of opportunity for the fuel in a fast-changing energy landscape.  This should support the transition to a cleaner energy mix, whilst fostering the development of new revenue streams at home for the interest of Oman’s sustainable economic, political and social development in the longer term.

Will Gas Be the Game-Changer for Oman’s Transition to a Brand-New Era? By Fatima Sadouki. CEDIGAZ Insights n°42. 55 pages, PDF format.

This report is report is free for CEDIGAZ members and can be accessed from the members area , if you are interested in purchasing the report, please contact us